I'm guessing Davo is cleaning up the forum.

I popped over to check out the Kamado section and the latest post was 2017!

Anyone dropping in for the first time would think nobody is interested in Kamados.

No panic. They have just moved to the charcoal section.

Yeah mate, Lovey is doing some sorting out by placing the Komado post in with the charcoal posts then I'll delete Komado....this is to reduce and tidy up the board as many have suggested.

Davo wrote: ↑Fri Mar 08, 2019 5:59 am Yeah mate, Lovey is doing some sorting out by placing the Komado post in with the charcoal posts then I'll delete Komado....this is to reduce and tidy up the board as many have suggested.

That's a good idea. No quite worked out why it had a separate section in the first place.

With so many new charcoal cookers which fit somewhere between a kettle and kamado it's pretty hard to work out which section so just having charcoal is better.
Top

Yeah 12 x 7, but during the heady times of the forum and Komados getting popular, those on the forum requested a new Komado forum the differentiate between the Kettle and Komado...there was a bit of rivalry back then between the two....so as different BBQs came out on the market....so there was a need to keep everyone happy.

But out of all the categories in the entire forum....no other forum than Pellet cookers caused the most mayhem....

It’s an interesting time warp effect seeing who, what is being posted in the Kamado section as it moves to the charcoal section.
Top

But in saying that only 44 posts under Charcoal since 2017. 5 or 6 years ago there would have been 44 posts in charcoal every six hours

Sent from my SM-G960F using Tapatalk

Sent from my SM-G960F using Tapatalk

yeah...don't think this forum will ever see those good days again...not that many forums are since immediate social media is going great guns...but even some FB groups are losing interest quiet fast...i think burn out rate is faster lol

I think things have quietened down quite a bit everywhere.

I looked at some of the other BBQ places eg FB and forums and it looks like people are getting bored and not posting anywhere as much.

The hardware sections are pretty dead. Nobody seems interested or new innovations are not worth mentioning. 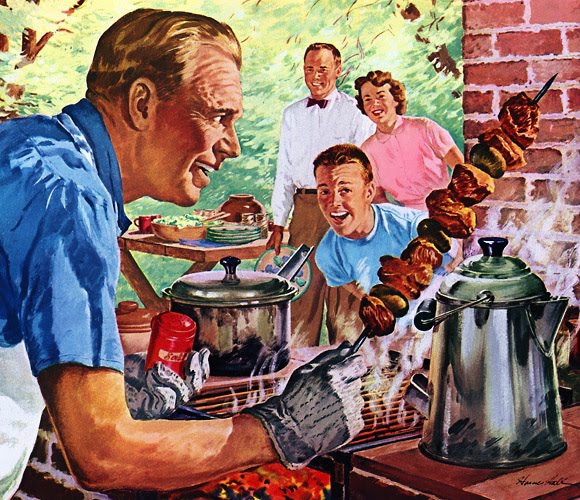 But you're right though about everything slowing down throughout all the BBQ forums but not only that, but other forums too, motorcycle forums that I was on have all but died.....some FB BBQ groups I've even had to leave.....just don't have the time to follow all.

Having a smaller and quieter forum at times is less work...that can be nice....Lovey and I had tidied the forum up a bit so it's not as big...so hopefully we can still have some good conversation here...it's not entirely a ghost town around here. We still get a good round of new members signing up but they don't talk much.

I think too that others have read and spread many of the techniques that are used on bbqs to other forums and media, so it's not hard to find info on the snake or minion method or reverse sear and stuff now...everyone's an expert so it seems lol.

Many of the guys on here or have returned or just call in from time to time...just do their own thing these days, retreat to the backyard not worrying about setting the world on fire but simply enjoying the past time of good BBQ....quite often leaving the camera phone inside the house. I still like chillin out here and have a chat to anyone about BBQ or anything else 'round here...I'm not stressed anymore

“....quite often leaving the camera phone inside the house. I still like chillin out here and have a chat to anyone about BBQ or anything else 'round here..”

I reckon your right davo...!!! now that every man and huz dog has a mobile and taken a pic of every meal they have had and shared it, borrring...!!!

Now L.P. Records and turntables are back in