So i Built a smoker

I thought that Aussie BBQ Forum may be interested in a Cabinet smoker im building at the moment.
the END goal is to build them in australia but at the moment im in the prototyping phase where a mate and i are making them as simple to build as possible.

For those interested these smokers are refered to "gravity fed smoker" or "stumps clone"
while i dont like the bbq i have designed being labeled a "stumps clone" i suppose there is no getting away from it.

The design considerations were as follows

The expanded steel racks are done a little different to your traditional bbq, we are having them made out of 15mm/5mm bent steel instead of box steel to cut down labour

Here you see the handle for moving around, the laser cut holders for the handle that also hold the latch for the slam latch handle.
we were lucky enough to find the cad drawing of the handles so not much work needed to be done there to work out the dimensions

you can see here some more detail of the heat delivery tube coming out of the firebox.
we have not finished the drawing of the fire management plate but hope to complete that soon

yup......my mate decided to sully the pictures. with the door its a PITA to create it out of box steel so instead angle iron is used and the plate steel is welded to the inside, it makes for a much faster manufacturing process as well as a nice flush door as opposed to box steel were the door is set out of the pit.

machining a part on the slam latch because i bought the wrong height latch.....wont need to do this in the second revision

a few pictures of our progress, the pit is built quite fast and easily made square. the front steel is 6mm plate which is used as the main structure as opposed to box for quick assembly 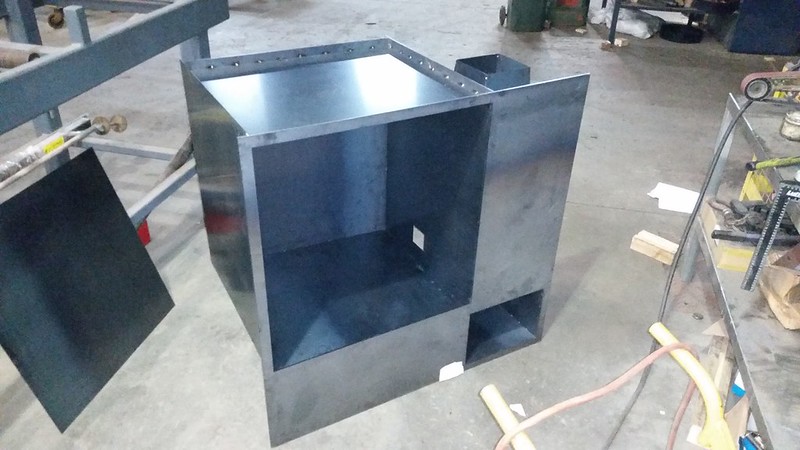 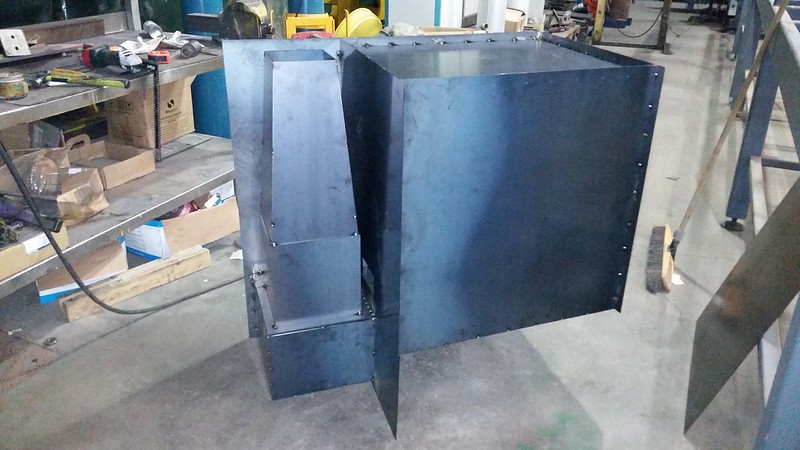 It's starting to make shape We kind of went full retard on SS Welding on the chimney Fire grate put into the firebox She just got home. Im painting her now 1. firebox leak was still present and i was unable to snuff the charcoal even after 24 hours
2. trailer at 100km forced air through firebox and re-ignighted embers
3. 50kg of heatbeads in the cooking chamber and 20kg in the chute ignighted

the CFA were fantastic and we understood that despite having 5L of water and 2x fire extinguishers it was not sufficient to put out the fire but only contain it.

3things.
1) I am a fan and am confident you will get there, hope I can support you.

3) On the road to rehabilitation, there are many potholes called relapses!

You will get there bro, carry on!

In relation to the welds we were just trialing out a few fabrication methods. Neither of us are professional boiler makers.
There is a mix of braising, tig, mig, ss and plasma in there

The production model we have decided to go with folded steel to reduce welds, counter sunk hex for structural joins and for airtight joins (where its not folded) mig.

Welding on the new design will be reduced by more than 80%.
The finish will be a LOT more professional.
The unit will be able to be taken apart for warranty repair (if needed) or upgrades.
The build time / skilled labour needed will be reduced considerably.

With those changes wemay even be able to do a build to order in the early stages however i think we will likely build 10-20 units to save on cost with a small production run.

Massive effort Brett, Hope it turns out a real goer.
If your not a boiler maker now, You soon will be

Smokey wrote:Massive effort Brett, Hope it turns out a real goer.
If your not a boiler maker now, You soon will be

trust me, im not getting into welding any time soon.
all welds on the revised design will be hidden as much as possible with the exception of a few. the few that are seen i would like to have TIG welded as i prefer the look
Top
Post Reply
5 posts • Page 1 of 1