Posted this originally under 'charcoal' but realised i probably should have posted it here.

Been lurking on this forum for a while trying to find out about how to cook better on my Weber Kettle bbq.

after a couple days of research of how to smoke with a Weber Kettle I gave it a go, pics will be below to check out.

after going to several butchers trying to find a nice whole brisket with no luck I came home and jumped on google trying to find bigger butchers that I might have better luck with. Found a butcher shop in tweed heads about 30 mins north of where I live. They got me a 5kg Wagyu whole packer which looked awesome.

Made up a dry rub myself which consisted of 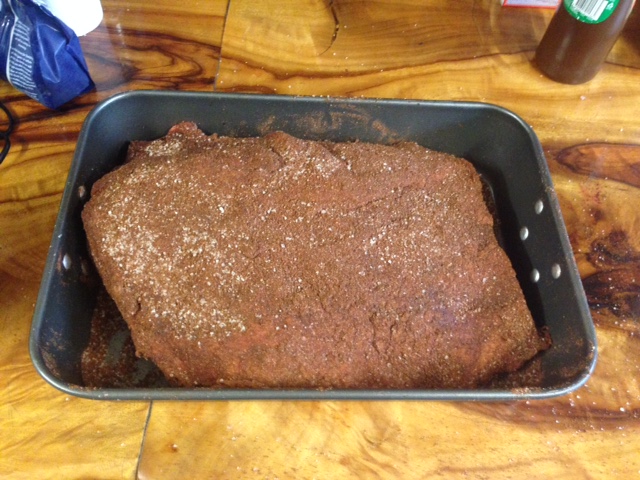 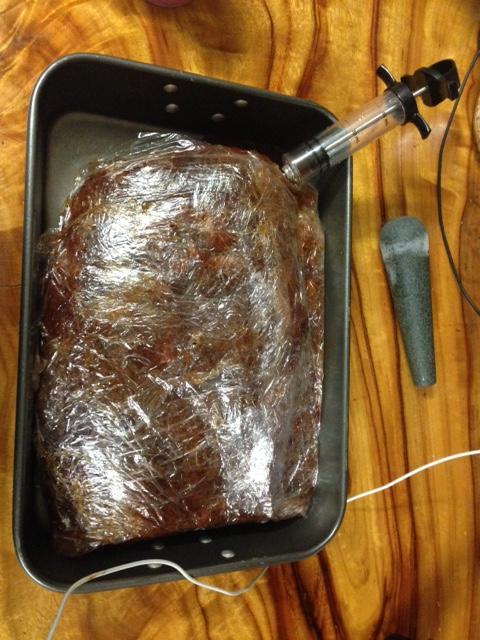 from most ive what i had learnt i assumed this brisket would take around 12 hrs to cook so i got up at 1am and started it as i was planning on eating it for lunch the following day. Got the heat beads arranged in the snake pattern added my wood chips and got the chimney started 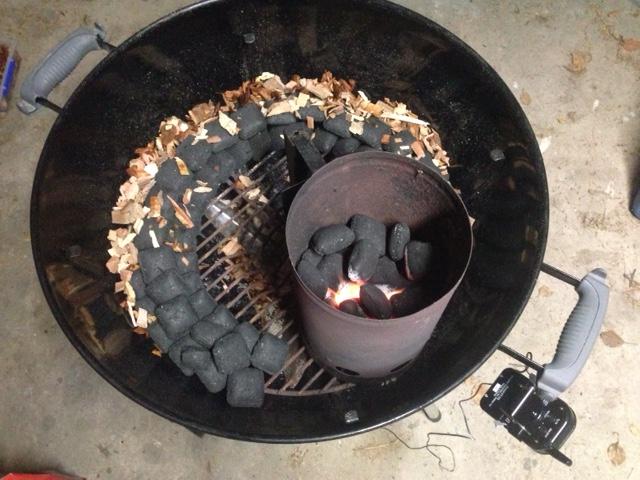 chucked the brisket on once the heat beads heated up and then put my thermometer in there to cook until the internal temp of the meat hit 150'F and the plan was to try keep the bbq around 225'f through out the cook. After about 4.5hrs the internal temp hit 150 so it was time to get some foil add in a little beef broth and wrap the brisket up for the remainder of its cooking. 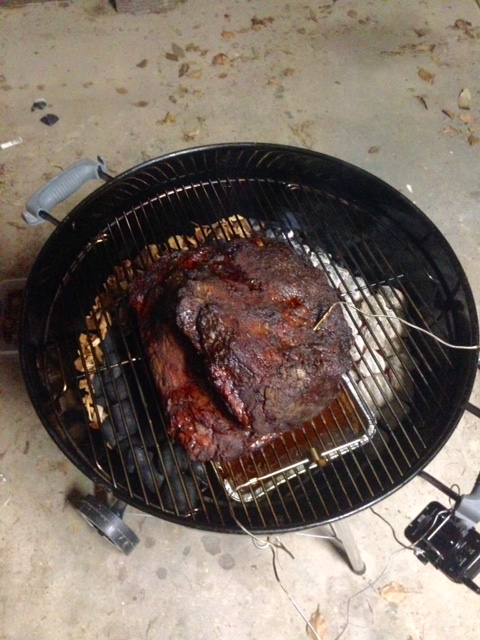 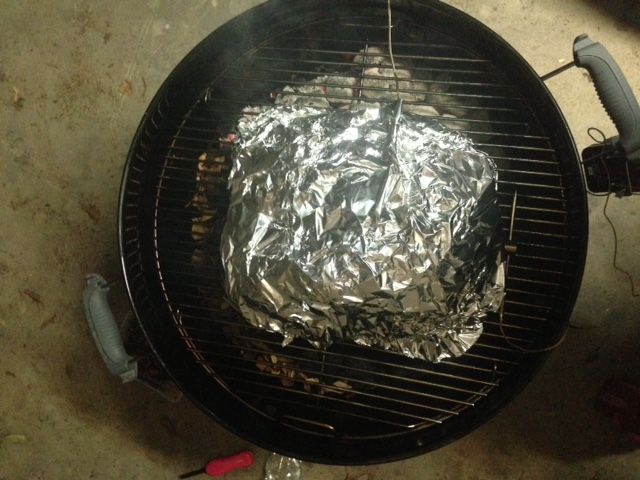 to my surprise it ended up cooking a lot quicker than i expected and only took around another 4.5hrs to hit 203'F internal which was the temp i was aiming for. So once it hit that i took the brisket off wrapped it in a towel and put it in my esky to rest for 2-3 hrs. only bad thing was i found it very hard to keep the temp around 225 it seems like every 20 mins i was having to adjust the vents on the bbq 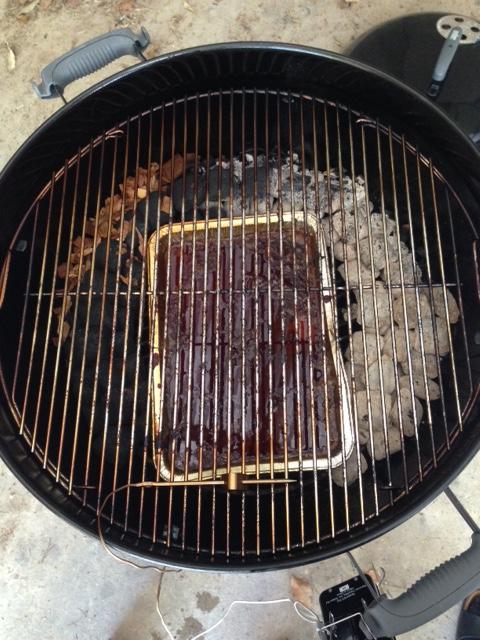 after it had rested it was amazing to open up the foil and slice up some of the meat, the fat in the brisket had broken down and it was super soft and tender. Only disappointing thing was the bark which wasnt very good which i assume was from the injected brother coming out and washing it off.

ended up making some BBQ sauce and had brisket rolls with BBQ sauce, mustard and fresh pickles and also had brisket tacos. 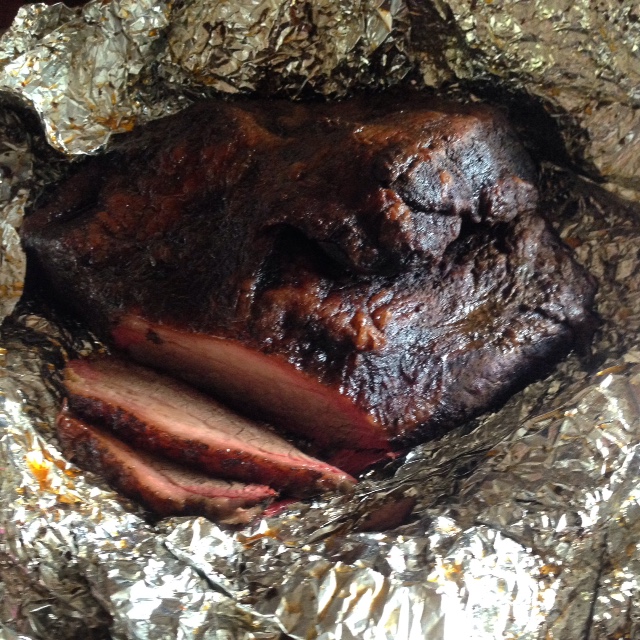 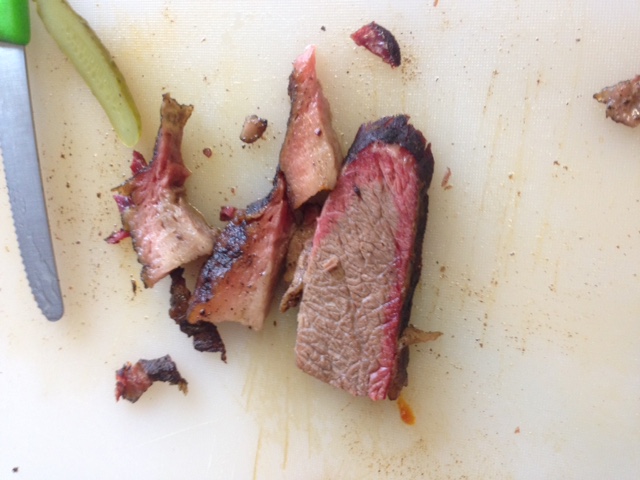 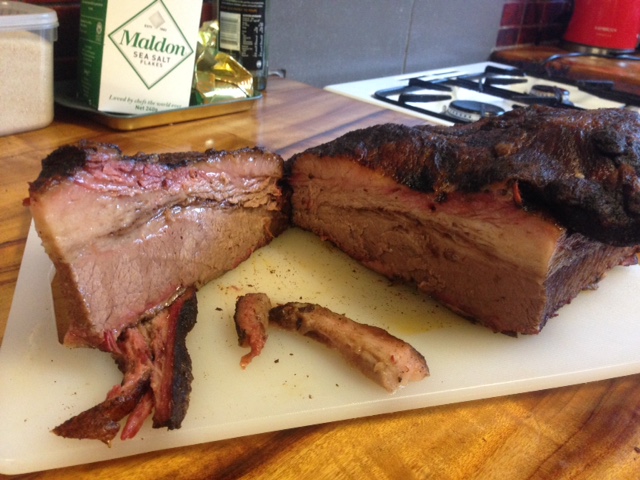 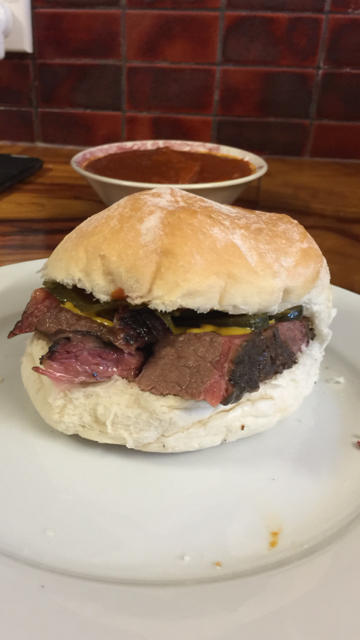 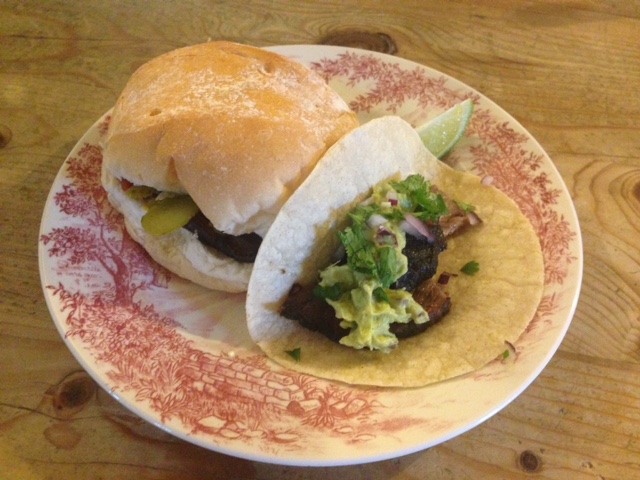 What word is being auto corrected with "injected brother"? Broth?